Report of the Governor’s Commission to Rebuild Texas

We know now what we only suspected on September 1, 2017: Harvey was one of the worst disasters in U.S. history. It caused at least $125 billion in damage in Texas, more than any other natural disaster except Hurricane Katrina. Thousands of Texans were left to salvage what they could. Ultimately, it produced the largest disaster response in Texas history. 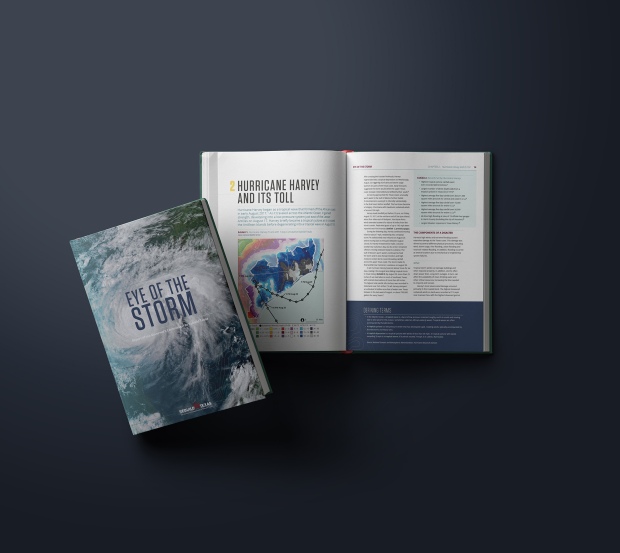 A year after the hurricane, The Texas A&M University System chancellor, John Sharp—who is  the commissioner of Governor Abbott’s Rebuild Texas—tasked AgriLife Communications with designing Eye of the Storm.

In this 182-page report, we try to create as clear a picture of Hurricane Harvey as possible. We document how the storm developed and how it affected Texas. We also offer a frank assessment of the federal, state and local response, and recommendations for how Texas can be better prepared to withstand future disasters. The report is both a record of a milestone event in the state’s history and a guide to “future-proofing” our state to mitigate the impact of future Harveys.

Almost every chart and table throughout the table was redesigned.

Maps were recolored to match.

Chapter dividers are created from satellite images from during Harvey. 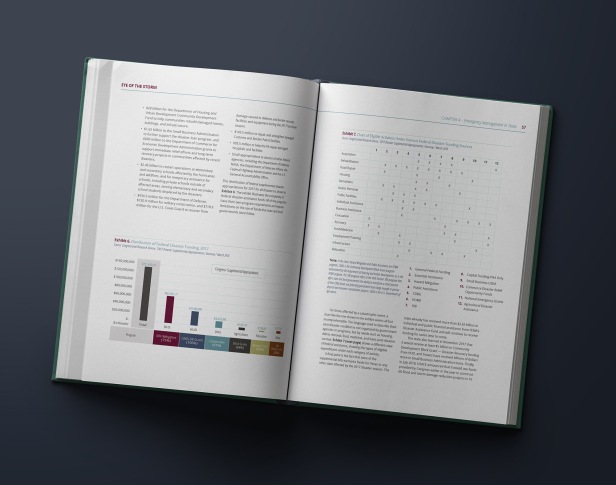 Published by Adventure Much

View all posts by Adventure Much